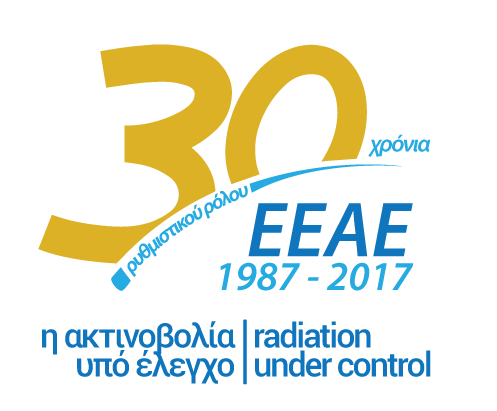 Year 2017 marks the 30th anniversary of Greek Atomic Energy Commission (EEAE) as a competent authority with a regulatory and supervisory role in the fields of radiation protection and nuclear safety, as established by the Law 1733/1987.

It is important to be mentioned that the name of EEAE has a history since 1954 when for the first time an organization was established for “coordinating, promoting and controlling the scientific and technical studies, as well as all kind of work related to direct and indirect use of atomic energy in Greece”. The regulatory role of EEAE started with its reconstitution in 1987.

On the occasion of this anniversary, EEAE collected informative and photographic material to present the milestones of its history through these years.

EEAE history goes back in 1954, when for the first time an organization competent to promote peaceful nuclear energy and technology applications, under the name "Greek Atomic Energy Commission” was established in Greece.

You are invited to see part of EEAE history in photos.