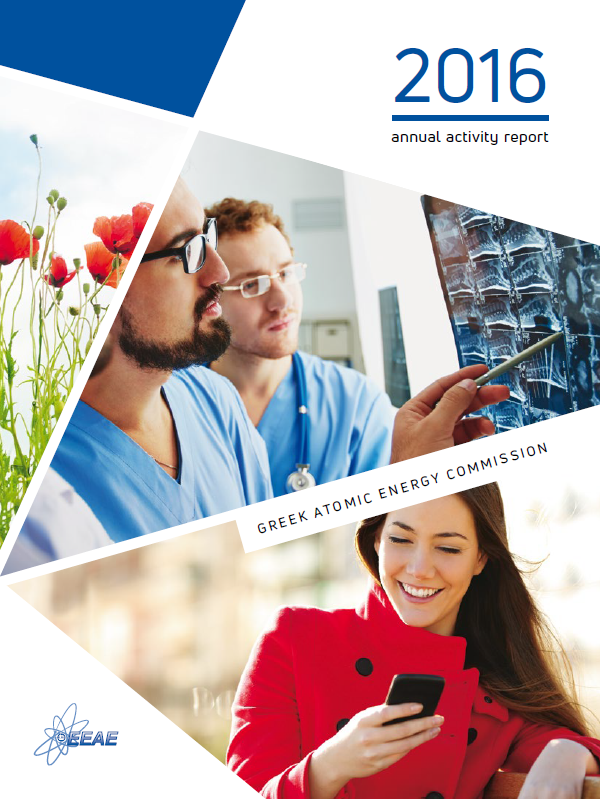 ΕΕΑΕ presents the Annual Activity Report of the year 2016, a report which summarizes the whole range of its activities throughout last year.

The year 2016 has been both productive and preparatory, marking the preparation and development of the EEAE proposal for the new national regulatory radiation protection framework. The key legislative texts
on the transposition of Directive 2013/59/Euratom are now in their final stage of development.
Meanwhile, 2016 could be described as a year with long-term effects, as the decisions made over that year are expected to play a key part in future activities. Those decisions include the following:
• a follow-up peer review to be carried out in 2017 (Integrated Regulatory Review Service, IRRS follow-up mission), following the review carried out in 2012;
• a proposal for a new institutional research project entitled “Evaluation of the National System for Protection against Ionizing and Non-Ionizing Radiation - Awareness-raising Actions” (AVRA) was submitted
for evaluation under the NSRF 2014-2020 program, following the PRISMA project implemented over the years 2013-2015;
• a draft presidential decree was submitted for EEAE’s new organizational structure.