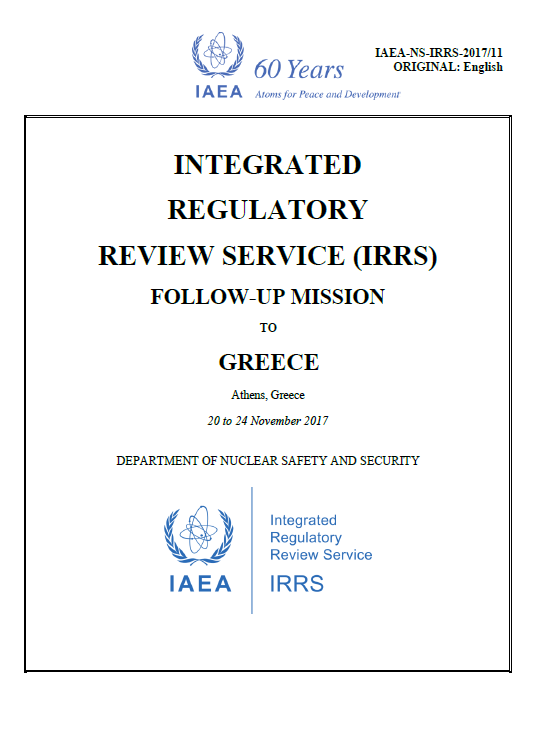 The Greek Atomic Energy Commission (EEAE) publishes the final report of the IRRS (Integrated Regulatory Review Service) follow-up mission in Greece which was conducted from 19 to 24 November 2017. The review concerned the national radiation protection and nuclear safety system, including the Greek Atomic Energy Commission (EEAE), as the regulatory authority. Specifically, the progress made in addressing the recommendations of the initial mission of the year 2012 was on the spotlight of the review.

According to the findings of the experts, almost all recommendations and suggestions of the initial review have been addressed. The progress made is summarized mainly in the following points:

The experts' team has also concluded in a new good practice and a new recommendation. The former concerns research activities implemented by EEAE in the field of radiation protection of patients and the latter the amendment of a specific part of legislation related to sanctions.

The findings of the reviewers are summarized in the press releases issued by IAEA and EEAE in November 2017: