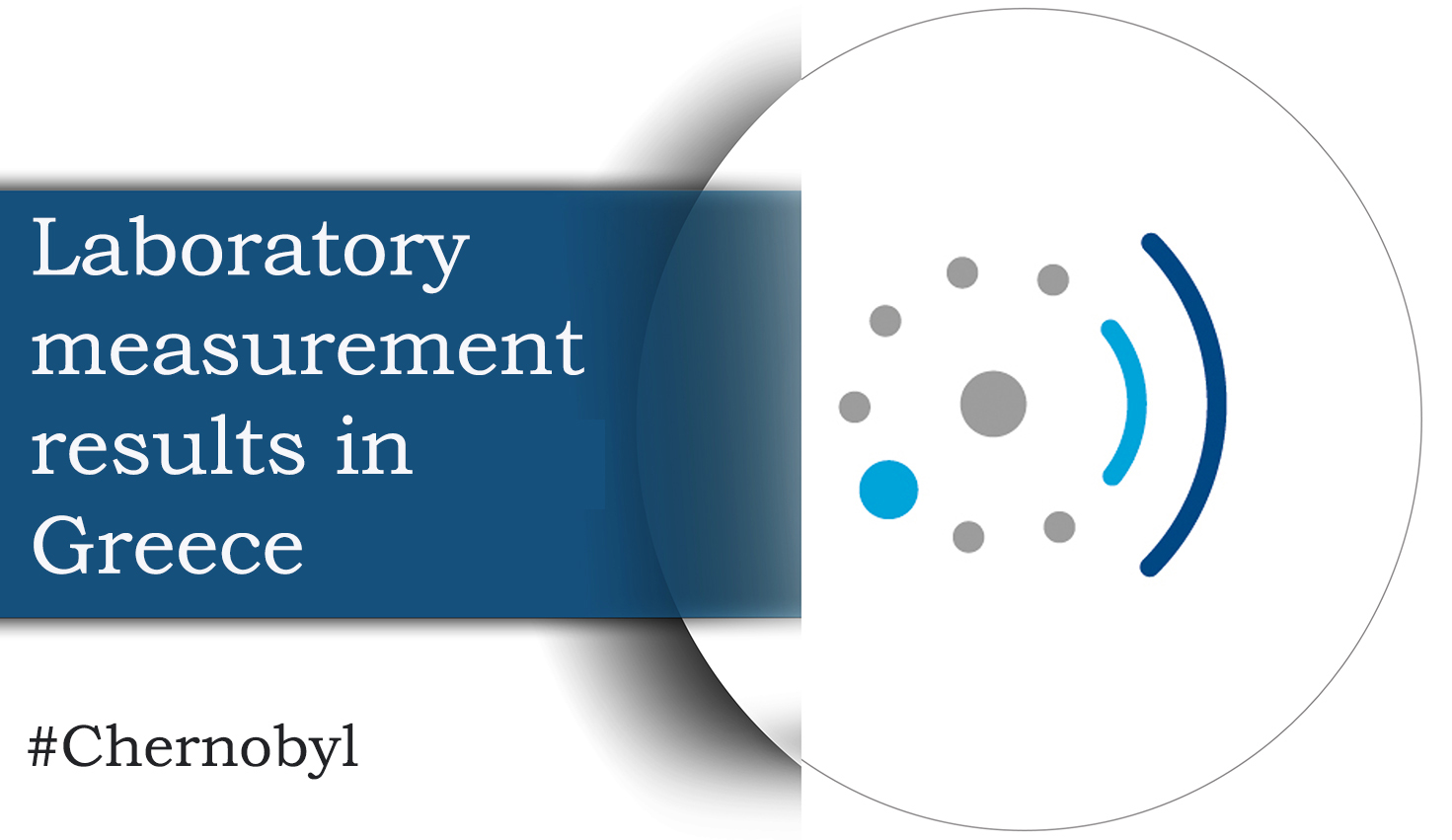 The Network of Collaborating Laboratories completed a set of laboratory measurements in air filters collected in Athens and Thessaloniki from 4 to 20 April 2020, to verify if atmospheric dispersion resulted in any detectable traces of Cs-137 from the forest fire in the area of Chernobyl, Ukraine.

The measured Cs-137 concentration values were found below or close to the detection limit of 10 μBq/m3. In one only case a concentration of 20 μBq/m3 was measured, in the analysis of an air filter collected in Thessaloniki (Northern Greece) over the period 11-13 April.

Such concentration levels do not pose any risk to health or the environment. Detection of such trace levels is of scientific interest, without any significance from the radiation protection point of view, and supports the validation of the radioactivity atmospheric dispersion simulations.

Clearly, the laboratory measurement findings do not result in any change in the atmospheric radiation levels, which remained unchanged, as continuously monitored by the Telemetric Environmental Radioactivity Monitoring Network.

As a comparison, note that the radiologically insignificant trace amounts of Cs-137 detected in the atmosphere of Greece (and other European countries) following the Fukushima accident (March 2011), had concentration values in Greece up to more than 150 μBq/m3.

1. In the framework of the environmental radioactivity monitoring and in accordance with the national emergency response plans, EEAE is assisted by a Network of Collaborating Laboratories. High detection capacity ensures that even the lowest radioactivity concentrations in the atmosphere can be detected.

2. Atmospheric dispersion simulations have been published by the French Institute for Radiological Protection and Nuclear Safety (IRSN) and the Belgian nuclear research centre SCK-CEN.

3. The radioactivity levels in the air of the country are systematically monitored through the national telemetric network, which operates since 2000. The measurements are available at EEAE website; access to the monitoring measurements of other European countries is also available to the public through the European network EURDEP.