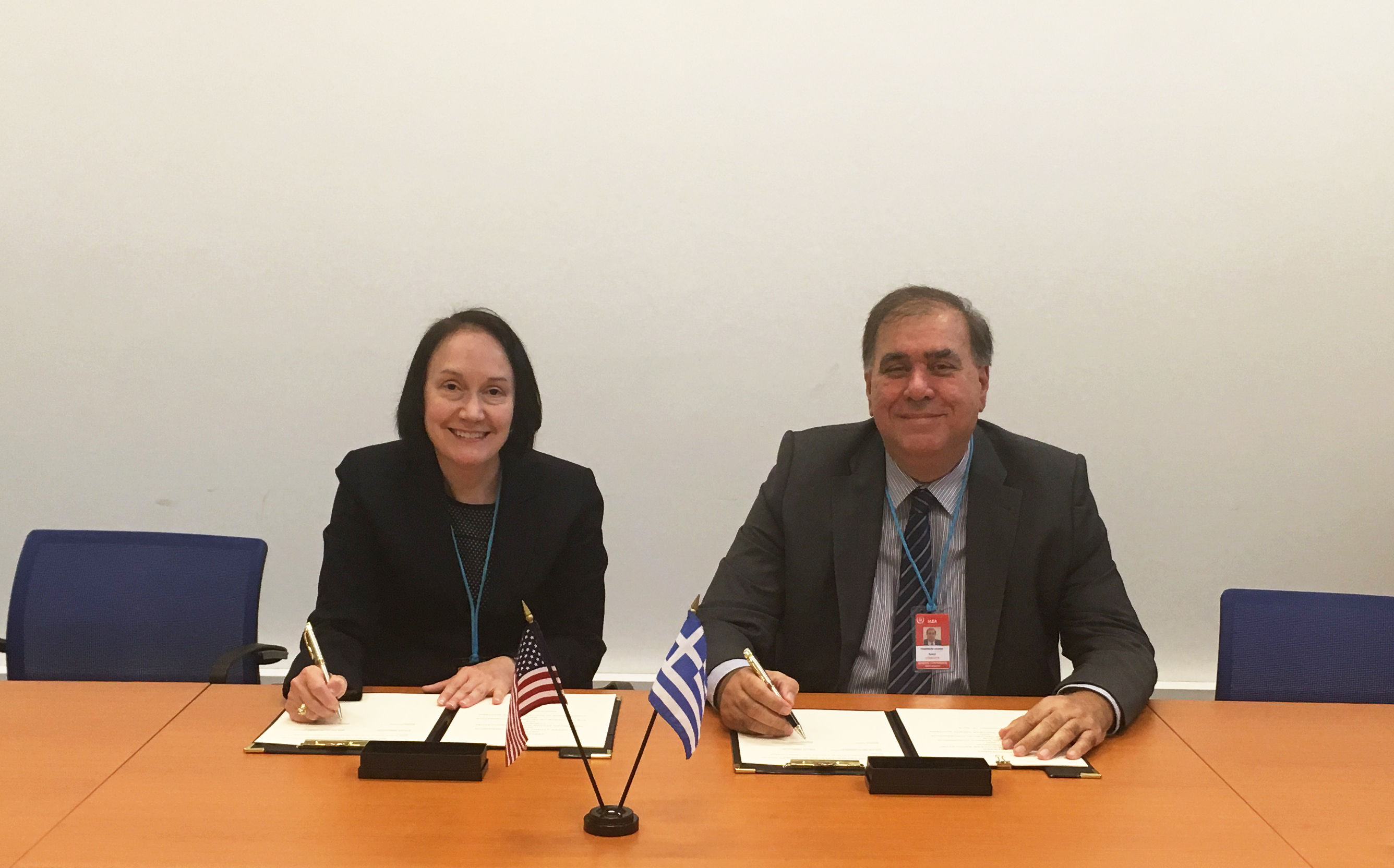 The update of the “Arrangement between the Greek Atomic Energy Commission (EEAE) and the United States Nuclear Regulatory Commission (NRC) for the exchange of technical information and cooperation in nuclear safety matters” was signed today 19 September 2018, in Vienna, on the margins of the 62nd General Conference of the International Atomic Energy Agency (ΙΑΕΑ).

The Arrangement, which was signed for first time back in the year 1993, establishes and describes the cooperation among the regulatory authorities of the United States of America and Greece in the field of nuclear safety, especially regarding the exchange of technical information, the research and the personnel training.

The signing of the updated Agreement confirms the commitment to safety, continuing the long cooperation of the two regulatory authorities.

The updated Arrangement was signed by Ms. Kristine Svinicki, Chairman of NRC and Mr. Christos Housiadas, Chairman of EEAE. The signing ceremony was attended by the representative of the Permanent Mission of Greece to the IAEA, Ms. A. Mitsi.