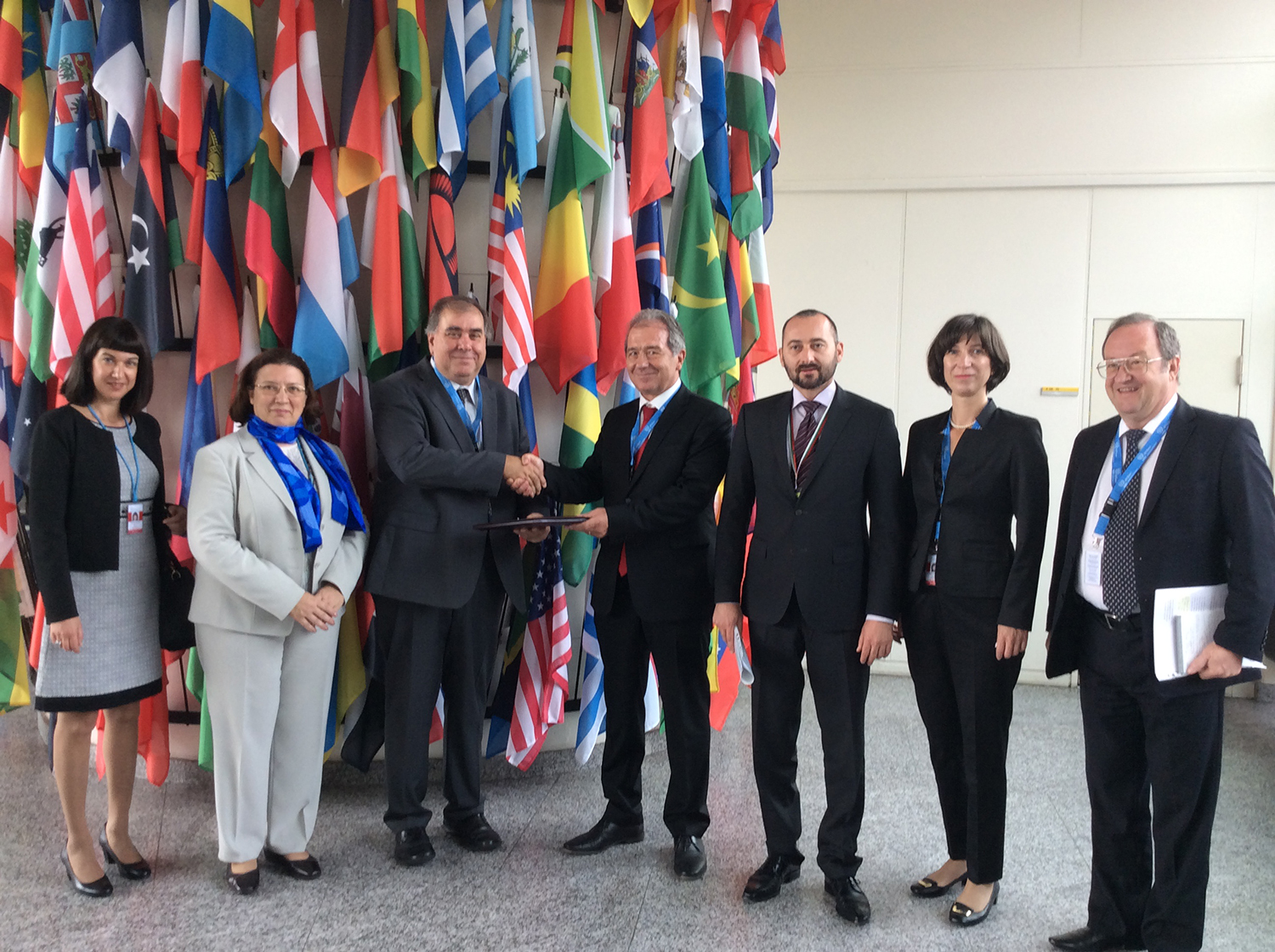 The update of the Agreement between the Greek Atomic Energy Commission (ΕΕΑΕ) and the Bulgarian Nuclear Regulatory Agency (BNRA) for early notification of a nuclear accident and exchange of information on nuclear facilities was signed today 28 September 2016, in Vienna, on the margins of the 60th General Conference of the International Atomic Energy Agency (ΙΑΕΑ).

The two parties agreed on updating the bilateral Agreement of 15 February, 1991, as provided by the relevant Intergovernmental Agreement of the 23 April, 1989.

The signing of the updated Agreement confirms the commitment to safety and the willingness for close cooperation of the two regulatory authorities, concluding successfully the bilateral exchanges and visits which were intensified after 2011.