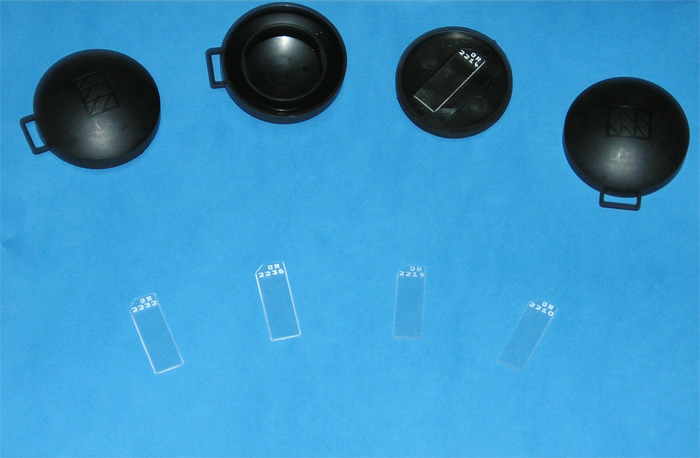 Most radon and radon daughters measurement methods are based on the detection of alpha particles emitted during the radioactive decay. The measurement methods are generally divided into active or passive, short or long term. Usually passive techniques are simple, with little cost, while the active techniques are short and require electricity consumption. The measurements results show the average radon concentration in the air inside a building. Radon concentration is measured in Bq / m3.

EEAE recommends using passive detectors and conducting long-term measurements, at least three months and preferably in autumn and winter, in order to reduce the influence of these factors.

The dosemeter is placed somewhere in the house for a period ranging from three months to a year. Then, the dosemeter is returned to EEAE for laboratory processing and measurement. Written results are reported to the persons concerned. The method used by EEAE is accredited by ESYD in accordance with ISO 11665.

With the cooperation of local authorities across the country and under the "Prisma" project (National Action KRIPIS, NSRF 2007-2013 financed by the European Regional Development Fund) EEAE implements a long-term plan aiming at the mapping of the radon concentrations in houses all over Greece. The coordinated effort of recording the radon concentrations in indoor air in residences throughout the country (national radon survey) began in 2010 and continues intensively. Radon concentrations are measured in residences at random, throughout Greece and are registered on EEAE database in order to estimate the annual population exposure. Participation in the program is voluntary and is implemented by the help of the municipalities, which have the responsibility for the proper distribution and collection of the detectors as instructed by EEAE.